What History Has Taught Us About Epidemics

Editor's note: This piece is part of an ongoing series on Caltech scientists who are researching the COVID-19 pandemic, each according to their own specialty. From biology, to chemistry, to social sciences, and computing, the keys to fighting the disease are waiting to be discovered.

In the 1830s, a deadly cholera outbreak reached the city of Paris, France, where it killed approximately 20,000 people in one month. Many of the wealthy fled Paris for the safety of their country homes while poorer people remained, often with no choice but to keep working at their jobs in the city. That poor people were more affected by the outbreak than the wealthy is a theme that rings true in today's coronavirus pandemic. But, according to Jean-Laurent Rosenthal, the Rea A. and Lela G. Axline Professor of Business Economics at Caltech, there are also significant differences between the two disease outbreaks.

Rosenthal has spent a portion of his career studying the economic impact of the Parisian cholera epidemic, which was caused by infectious bacteria that contaminated drinking water. He explains that one difference between the outbreaks is their respective death rates.

"The 1832 spike in death rates in Paris is simply unmatched anywhere in this current pandemic. Entering a hospital at a time of cholera and surviving, well that was a feat," says Rosenthal, who is also the Ronald and Maxine Linde Leadership Chair of the Division of the Humanities and Social Sciences. "The difference between COVID-19 and all these past episodes is that we know more about diseases, and we have the ambition and ability to save as many people as possible."

We talked with Rosenthal about the Parisian cholera outbreak and others of the 19th century, as well as the 1918 Spanish Flu, and discussed what lessons we can learn from the past that inform today's global pandemic.

Can you tell us more about your research into the 1830s cholera outbreak?

The 1832 cholera outbreak was just one of several peaks of infectious diseases in Paris. The 19th century was the last time mortality from disease or harvest failures was an important demographic phenomenon in Western economies. By the 20th century, famine and death had been mostly the result of war, civil strife, and failed social experiments like China's Great Leap Forward, a government program to bring industry to farmers that led to millions of starvation deaths. Moreover, mortality across the globe fell dramatically, and by the late 20th century, average life span had reached 70 years.

We have been collecting data on wealth-at-death records for Parisians from 1807 to the 1970s. We were particularly interested in the 1832 records and hoped that this would help us unravel the connection between wealth and people's longevity. What we are finding is that the people who died in 1832, at the peak of the outbreak, are particularly poor relative to other years, and we think one reason is because sanitary conditions are always worse for the poor than they are for the rich.

It's not that rich people don't die. The French prime minister died of cholera in this epidemic. But on average, the people hit the worst are the poor, which is something that's coming up in this epidemic as well. One of the ways the rich dealt with the outbreak in the 1830s was to just leave Paris and go to their country houses, which we've observed people in New York City doing now too.

We've also found that rich people sent their servants away if they thought they might have the disease. Our research tells us that the servants died in hospitals, because people had figured out that having sick servants in the house was a risk to their own health. The wealthy folks also moved their sick family members into separate rooms and had their servants care for them. They also relied on servants go to the market and clean for them, reducing their risk. But poor people didn't have this benefit.

Do you think the same reasons wealthy people survived in greater numbers back then are at play now?

Some of the reasons are similar. People who are poorer may be in worse health to begin with, for one thing. They also tend to have a higher contact rate with other people due to their jobs and may not be able to work from home and otherwise engage in social distancing. Moreover, if you're living in a family of six in two rooms, you're much more likely to get the virus from contact with an infected family member than someone who shares a mansion with his or her spouse. In the aftermath of this episode, hopefully we will have epidemiological data that will allow us to get a sense of who is really at the most risk.

Were people staying home and social distancing in the 19th century?

National interventions involved quarantines at borders, but the key decisions were made at the city level, with different cities implementing different amounts of social distancing. People back then didn't really know how the disease was propagating. They had a pretty good idea that if they could isolate people, and they could isolate themselves, they might be less likely to catch it. And this is why we see wealthy people sending their sick servants away or having their servants go to the market for them.

But as far as people working from home like we see now, that was not possible back then. Even with the Spanish Flu of 1918, a lot of people went to work anyway because we did not have a system that could provide unemployment insurance for everybody during that time period. The social consequences of removing people from their work, in particular for poor people, were much more severe. That said, this rich-poor divide remains true today.

This is the first time in history that we have seen social distancing and self-isolation at this level, across continents. The only thing we did in the past that looks like this would have occurred when a ship arrived in town. It had to pass medical inspection and could be quarantined.

The advantage to what we are doing now is that the mortality is much reduced. COVID-19 deaths in hot spots like New York City are at 22 percent above normal mortality rates, and that's shockingly high. But these numbers are a long way away from the experiences of the past. For instance, in Paris in 1832, the mortality rate was 70 percent above the normal rate.

What are some other similarities between those outbreaks and this one?

This notion that there are these geographic hotspots for the outbreak is similar. We have coronavirus outbreaks in Wuhan, China, and Madrid, Spain, for example. They were hit particularly hard, as Paris was in the 1830s. Cholera outbreaks tend to be even more localized though than this one. There were plague episodes in the 18th century in Italy that hit a couple of provinces somewhat similarly to what happened in Lombardy recently, but back then they didn't hit the rest of Italy.

How do you think the economic fallout from this pandemic will compare to what happened in the past?

There don't seem to be any long-term consequences of the cholera outbreaks of the past. Cities wiped these things away fast. They were high-income places, and they just attracted more immigrants over a few years. In the past, a lot more people died, and in some cases, that meant more land and resources for the survivors.

Is there anything else you would like to add?

We have to restore people's faith in the fact that science and engineering can help us solve a lot of these problems. Paying attention to the scientific evidence is really, really important. Not paying attention to the science leads people to persist in behaviors—leisure practices, social practices, and religious practices—that lead to fatalities. In the past, this might have meant not boiling water, which would have killed cholera bacteria; today it means people persisting in group behaviors that spread the disease. Scientists are working on cures for this disease and on preventative measures, and that's the really important thing in the long run. 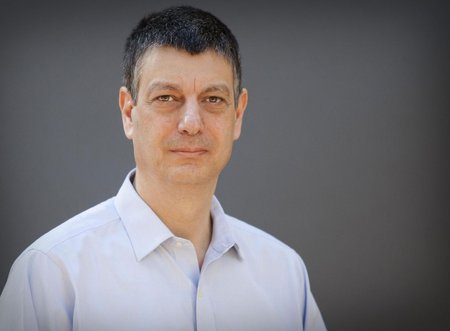 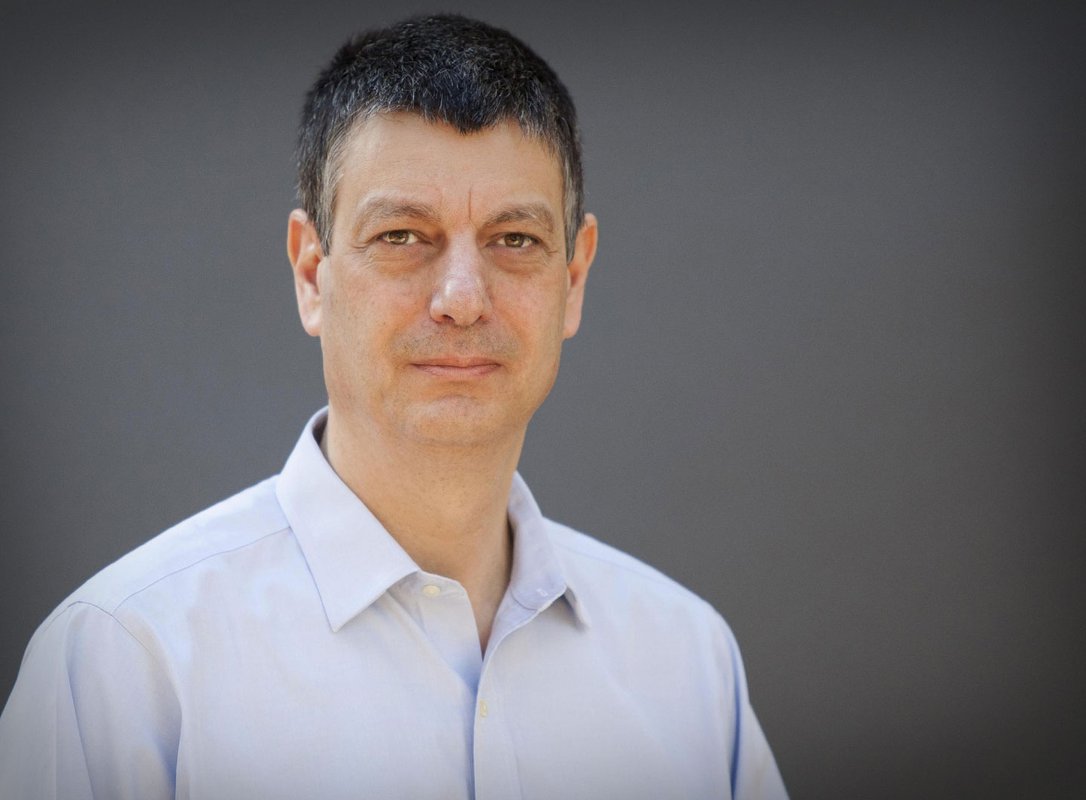 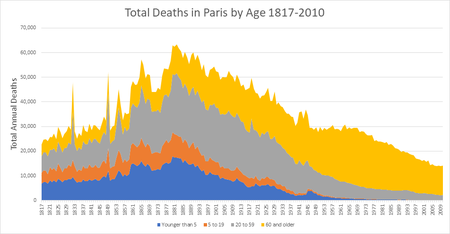 Rosenthal and his colleagues are studying the economics of the cholera outbreak of 1832 in Paris. The spike in the data during that time is thought to be from cholera deaths. Credit: Annuaire Statistique de la ville de Paris and Institut National d'Etudes Démographiques.
Image Lightbox 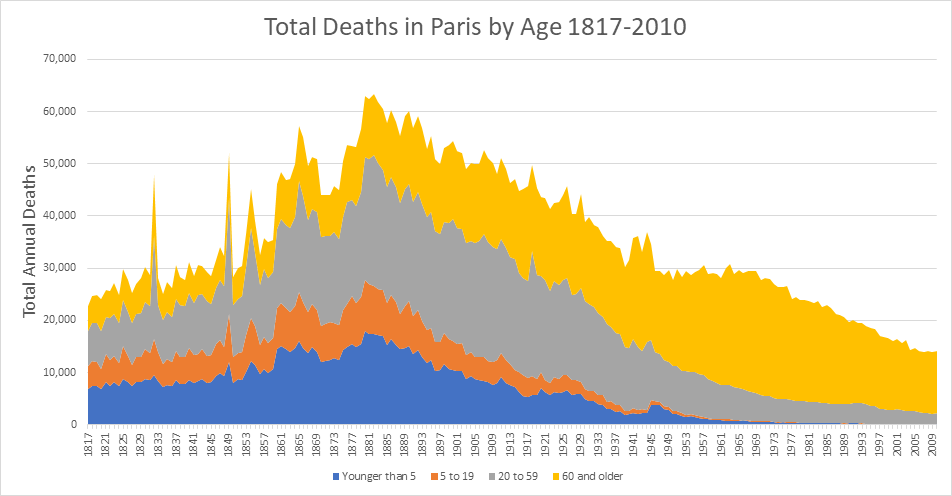 Rosenthal and his colleagues are studying the economics of the cholera outbreak of 1832 in Paris. The spike in the data during that time is thought to be from cholera deaths.
Credit: Annuaire Statistique de la ville de Paris and Institut National d'Etudes Démographiques.
Download Full Image
Subscribe
The Caltech Weekly