The annual award provides $10,000 from Gordon Bell, a pioneer in high-performance and parallel computing. Ultimately, the 2021 special award went to a team from Japan's Riken research institute that simulated how COVID-19 might spread from person to person via aerosolized droplets in a variety of real-world situations.

Both of Anandkumar's papers studied the coronavirus using artificial intelligence (AI) methods, including those she developed that were integrated with large-scale numerical simulations run on supercomputers.

"All the six finalists this year had some component in their calculations that used AI," Anandkumar says. "This has enabled unprecedented understanding of the coronavirus that would not have been possible with conventional tools."

The research in one of Anandkumar's finalist papers, titled "#COVIDisAirborne: AI-Enabled Multiscale Computational Microscopy of Delta SARS-CoV-2 in a Respiratory Aerosol," used an AI method to model an aerosolized particle of the virus that causes COVID-19, using the Oak Ridge National Laboratory's (ORNL) Summit supercomputer.

The work, led by a team of researchers from UC San Diego—and including Tom Miller, Caltech professor of chemistry; and Zhuoran Qiao, a PhD student—described the interactions of the COVID-19 spike protein and aerosol phase with calcium ions, which are known to play a key role in mucin aggregation in epithelial tissues.

The more than 1 billion-atom system that was simulated represents one of the largest biochemical systems ever modeled at the atomic level. Scientists typically have trouble studying aerosols due to their tiny size.

The AI method used in the work, Orbnet, was developed by Miller and Anandkumar. It can calculate quantum-mechanical properties of molecules thousands of times faster than traditional methods. Orbnet allowed the use of quantum-mechanical calculations in a large-scale biological system for the first time, which was earlier limited to only smaller and less-complex systems. 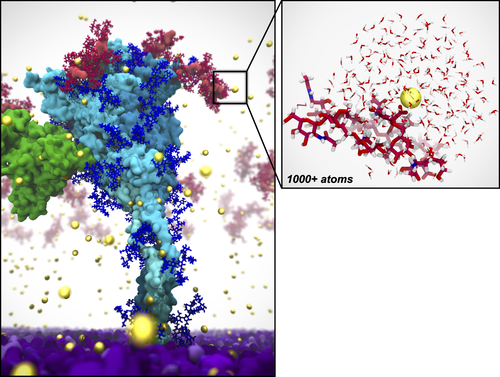 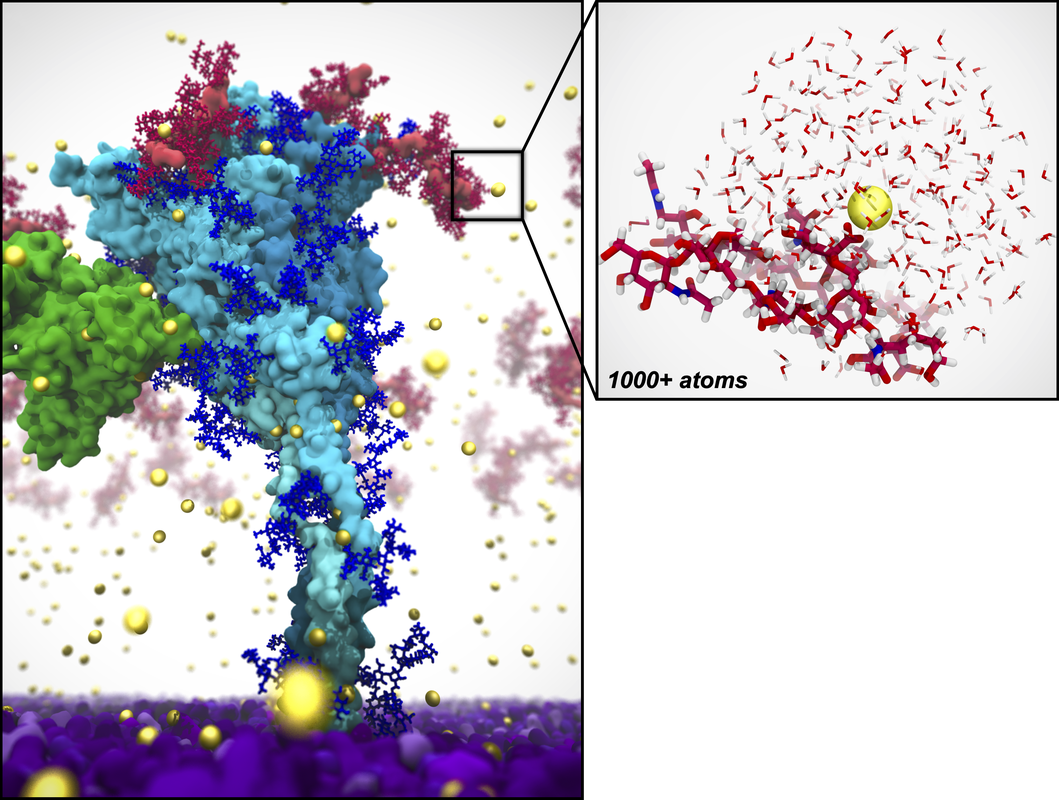 The second finalist paper, titled "Intelligent Resolution: Integrating Cryo-EM with AI-driven Multi-resolution Simulations to Observe the SARS-CoV-2 Replication-Transcription Machinery in Action, was led by a team of researchers from the University of Illinois Urbana-Champaign and included contributions from Zongyi Li, a graduate student in Anandkumar's group. The paper used some of the nation's fastest supercomputers to study how the COVID-19 virus reproduces itself.

The coronavirus uses a precisely coordinated process known as the replication-transcription complex to reproduce at high speed when it invades a host's cells. The team used data from cryo-electron microscopy (cryo-EM), a technique that flash freezes molecules and uses electrons to create 3D images, to take a closer look at the molecular machinery involved in this process. Because cryo-EM is not at a sufficiently high resolution and time scale to capture important molecular dynamics, the team used a set of AI models to bridge the gap with finer-scale simulations. Included among these methods was a model called the graph neural operator (GNO), which was used to capture the time-dependent conformational changes in the molecular dynamics.

GNO was developed by Anandkumar in collaboration with Caltech's Andrew Stuart, Bren Professor of Computing and Mathematical Sciences; and Kaushik Bhattacharya, Howell N. Tyson, Sr., Professor of Mechanics and Materials Science and vice provost. GNO was used as a fast surrogate model to simulate and predict deviations from conventional simulations. Further, studying the GNO provided insights into the large conformational changes that occur during the replication process.

"This shows that our GNO method is learning useful characteristics of the molecular dynamics during the replication of the coronavirus," Anandkumar says.

Only six finalists for the ACM Gordon Bell Special Prize for High Performance Computing-Based COVID-19 Research were chosen this year.

"It has been hugely inspiring to be part of these large interdisciplinary teams that handled planning and coordination so well," Anandkumar says. "I learned so much about the incredibly complex structure of the coronavirus, the tools needed to peek into it, and the high-performance computing used to run them at scale. AI has a tremendous potential to transform scientific simulations, and these are the first steps. The AI4Science initiative that I co-founded at Caltech is enabling such interdisciplinary collaborations to thrive." 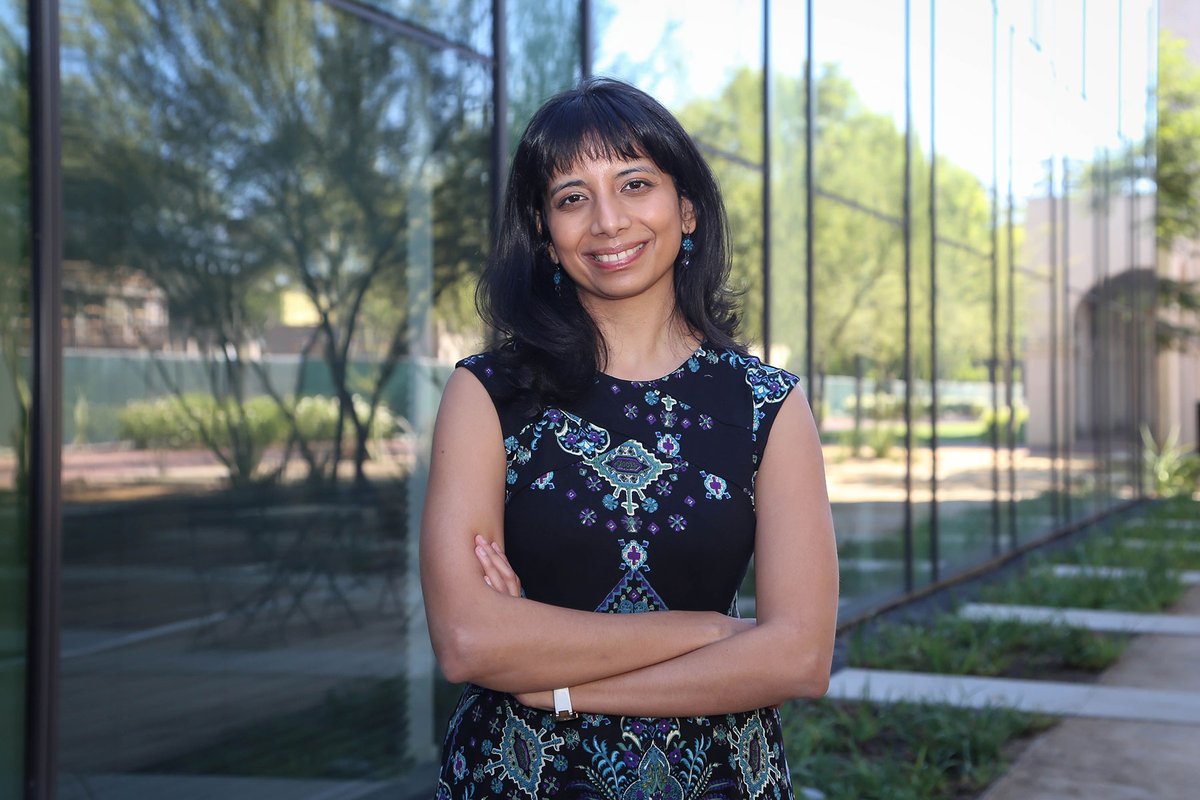